Agriculture is one of the world’s oldest and most important industries, and it’s the key to feeding the future of the world’s population, estimated to be 9.7 billion by 2050 according to some UN estimates. Since early days, farmers have been learning to make the best of challenging environments. Drought, floods and pests have always made the headlines but, patchy rainfall and particularly hot days at a critical time for plant growth could also mean the difference between great harvests or a terrible one that results in the bank not extending your loan to run & grow the farm’s operations. 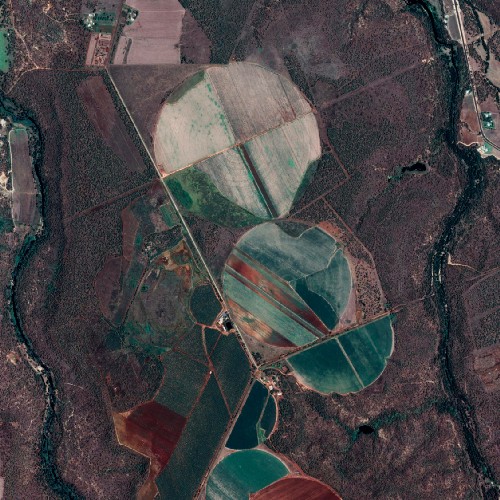 To combat the challenges of climate and pests, farmers have always been forced to innovate. Since the early days, farmers have looked to the soil and plants for clues. The emergence of the plough, seed technologies, fertilisers and pesticides radically changed the productivity of our farms, launching a revolution in agriculture that has allowed the world’s population to grow and prosper.

However, the space industry was born from looking up at the night sky. Farmers are increasingly starting to adopt satellite imaging technologies in orbit to help them measure their crops here on Earth. Precision Agriculture has emerged as a key method for farmers to improve productivity in a field, make decisions on resource allocation and identify specific opportunities to enhance yield year on year. Other technologies beneficial to agriculture have emerged as well, including Internet Of Things (IOT) sensors, robotics, automation and biological breakthroughs. Together, space-based tech and ground-based tech can now be combined to drive new innovations and sustainability improvements every day. Space has become intrinsically linked to the future of innovation and profitability at the farm.

However, what has not changed is how farms are valued, insured and financed. Banks, brokers, insurers and valuers still commonly use methods that pre-date this shift in technology. This means that farms globally are under or over financed, relying on archaic information, with broken process flows between the farm and financiers, investors and insurers. It’s not just an issue for the farmer, but for banks, valuers, brokers and investors, a lack of reliable data to value and finance a farm creates inefficiency and risk worth billions of dollars. Even worse, some farmers without access to finance produce far less than their land’s potential supports in developing nations.

Angus Muffatti, co-founder and CEO of Agtuary came across this complex problem and turned to spatial data for the solution, specifically satellite imagery. As satellite imagery has become more affordable and ubiquitous, it has seen wide adoption across many sectors.

“Satellite data traditionally has been hard to get a hold of and has predominantly been used exclusively in defence, government and mining industries due to the prohibitive costs. However, companies such as Arlula have driven down the price and opened up the accessibility for this imagery through both their innovative technology & business model.” – Angus Muffatti

Leveraging satellite data provided by Arlula, Agtuary has reduced risk, whilst unlocking opportunities all the way through the agricultural finance chain. For example, a farmer seeking finance can use Agtuary’s data sets together with their own on farm data to support lending or insurance applications. Investors can use the same data to review their portfolio of farms and assess the productivity, sustainability and practices of new acquisitions. A valuer can increase their accuracy and productivity while ensuring their work is based on the best objective data available.

“The new capabilities that Arlula provides enables us [Agtuary] to unlock services that have previously been out of reach due to the cost involved. Now, with a 10–100 fold reduction, there are so many possibilities on the horizon and we are only just scratching the surface.” says Mr Muffatti.

You can keep up to date with Agtuary by following them on social media, and if you’re interested in the potential of satellite imagery for your own agtech project, be sure to check out the Arlula catalogue browser.

If you found this useful feel free to share it!

Manage Cookie Consent
To provide the best experiences, we use technologies like cookies to store and/or access device information. Not consenting or withdrawing consent to these technologies may adversely affect certain features and functions.
Manage options Manage services Manage vendors Read more about these purposes
View preferences
{title} {title} {title}