In his 1951 science fiction short story entitled The Pedestrian, Ray Bradbury predicted that cars would not need a driver by the year 2053. As a result of constant technological advances, ranging from steering control assistance, GPS and the novel use of satellite imagery, this prediction may occur sooner than he thought.

The level of development achieved by applying new technologies to the transport industry is quickly shaping a future landscape where fully autonomous vehicles will populate the highways of the world. 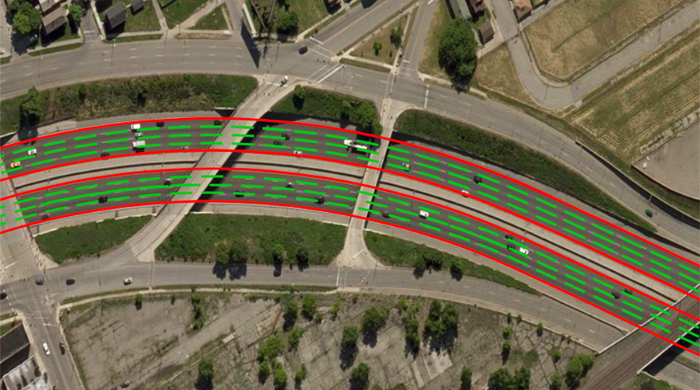 There are different levels of vehicle automation according to SAE International’s (SAE) International Standard J3016, automation is indicated on a scale of 0–5. Level 0 has no automation, with levels 1 and 2 having limited automation features such as lane-keeping assistance or autonomous emergency braking. As an example, Tesla’s Model S autopilot is currently classified as SAE level 2.

The industry is rapidly approaching higher automation levels, ultimately resulting in a fully automated driving system with no input from the driver. These systems are even being tested now by a range of car manufacturers and researchers.

According to scientists at the Toyota Research Institute — Advanced Development (TRI-AD), the accuracy of current satellite imagery meets the needs of self-driving cars. Stating “An HD map created from the accurate satellite imagery allows the driving software to compare multiple data sources and signal the car to take action to stay safe.” This is an important finding as satellite imagery provides unmatched scalability, and the ability to update imagery archives over cities or regions daily.

There are at least three significant challenges that vehicle automation faces:

Safety needs not only exact road environment monitoring and hazard detection but also the ability to process data and make error-free driving decisions in real-time. This also implies that the self-driving vehicle needs to be reliable under all weather conditions and in different regions of the planet. The Standard for Safety for the Evaluation of Autonomous Vehicles created by subject matter experts from various fields addresses safety principles in this industry.

Legal implications are about the responsibility for driving when an automated driving system is in control of a vehicle. Governments evaluate laws to determine the extent of the car manufacturer’s responsibility and where the vehicle owner’s responsibility begins. Other legal issues are related to data, privacy and cybersecurity.

Connectivity refers to the need for a wireless connection with proven signal reliability.

Satellite and cellular technologies can provide this connectivity, however, there is no consensus amongst major industry players yet. 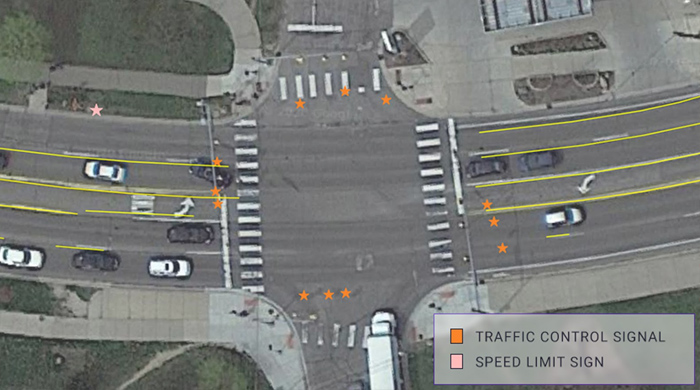 Maxar Technologies supplied satellite imagery to the researchers at TRI-AD who created detailed maps with an accuracy of 25cm over parts of Tokyo and six other cities to assist in developing vehicle automation. Researchers also had to expend significant resources to create bespoke cloud platform file handling infrastructure to interact with the data supplier.

Although automated vehicles from levels 3 to 5 are not commercially available yet, Governments and companies are taking proactive measures to support and shape the development of self-driving technologies. Having support from the Government is important as it can help create the necessary infrastructure that enables technical advances, but also adds an element of legitimacy to the technology.

In 2019 the European Parliament began working on frameworks to support and introduce appropriate autonomous vehicle technologies and are expecting level 3 on the market between 2020 and 2030. In 2020, Japan approved Honda to sell world first level 3 autonomous vehicles, with other regions and manufacturers aiming to follow suit.

Bolstered by Governmental support, emerging commercial demand and improvements in technology, leading car manufacturers are growing increasingly eager to take advantage of a field that promises to be profitable into the future. However, in order to establish the infrastructure for successful implementation of vehicle automation, challenges surrounding monitoring road environments and changes still need to be overcome and satellite imagery is integral in this regard. 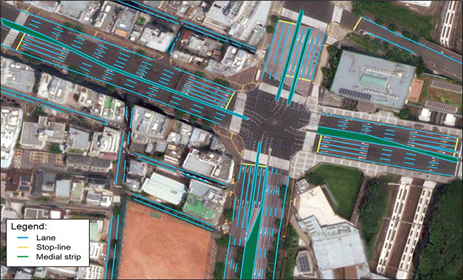 Satellite imagery data is fundamental to the successful application of vehicle automation. As this technology continues to develop and become implemented into the mainstream car market, reliance on high quality satellite data will increase. As a consequence, the acquisition, management and processing of this satellite data to meet growing demand poses new difficulties for stakeholders.

Even though fully automated vehicles are still primarily at a proof-of-concept stage, Arlula has already solved the issues of scalable access to satellite data on a global scale. Our cloud infrastructure that aggregates and provides a single point of access to HD satellite imagery enables the development of exciting use cases such as vehicle automation. In short, we could have fully automated cars in the coming years that rely on regularly updated maps produced by Earth observation.

If you found this useful feel free to share it!

Manage Cookie Consent
To provide the best experiences, we use technologies like cookies to store and/or access device information. Not consenting or withdrawing consent to these technologies may adversely affect certain features and functions.
Manage options Manage services Manage vendors Read more about these purposes
View preferences
{title} {title} {title}